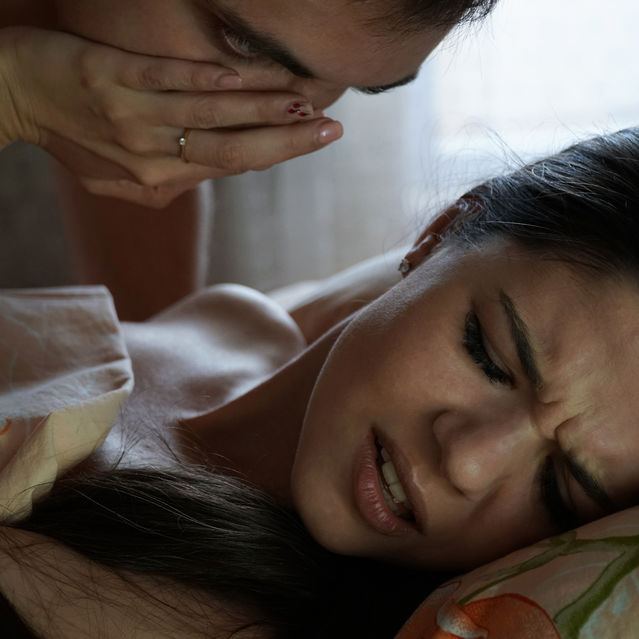 In my last blog, I introduced the topic of the vicious cycle; nasty little pieces of business where attempts to fix a problem in marriage only lead to making problems worse and prolonging them.

There are many types of vicious cycles in marriage and in my last blog, I reported on the distance-pursuit dynamic. In this blog, I want to talk about the affection-sex vicious cycle which we psychologists treat frequently in couple’s counseling.

Here is a brief example:

Doreen and Alan originally made an appointment for marriage counseling because they “needed some work on their marriage”. They were married five years at the time.  Upon arrival, it was evident that there was much tension between the two. Alan explained that they no longer communicated the way they first had when they met when they would stay up all night baring their souls to one another in intensely deep conversations. Moreover, their sex life was nil and had been for several months. In my session with Doreen, she allowed that she was no longer feeling sexual the way she had when they had first met and currently had found lovemaking to be a chore. She found this particularly distressing because her mother had had the same issue with her father. “I could hear them fighting about it all night,” she said. “I wish I could sleep with him but I just don’t feel like it. Plus, he is so distant. He never touches me or sends me loving texts the way he used to. When I confront him, he just gets nasty. Who wants to sleep with a nasty person anyway?” “Quite frankly, I am getting angrier and angrier at you,” Alan said to his wife during one session. “It wouldn’t take much to have sex once in a while,” he said. “I feel that you don’t even care about me anymore. Most women would love to have sex with a guy like me.” This remark hurt Doreen deeply. “He snarls at me all day and he wants me to have sex with him? Gee Alan, that’s great foreplay. Really gets me in the mood, you know?” The arguments continued to get worse with both spouses threatening divorce.

A breakthrough came during one session when Doreen explained how a previous boyfriend always spoke to her kindly and was affectionate towards her. Although she no longer loved him (he had cheated on her), she longed for those affectionate times.

Vicious cycles do not spring out of nothingness. They usually stem from a couple’s inability to resolve a particular difference between them. It should be noted here that most couples have dozens of differences between them which they have to resolve during marriage. Believe it or not, most couples are highly successful in resolving most differences. Often they are so simple that they don’t even know they are resolving them. But there always seems to be one or two sticky ones. Often these are simply differences between men and women in general. But unresolved differences lead to anger which, if left unresolved, lead to hurt, anger, bitterness and distancing which ultimately could result in divorce.

My approach is usually to tell the couple that unresolved differences are common in marriage and can cause bitterness. Neither spouse is right or wrong; yet they both are accountable for their own behavior and efforts for resolving the difference as a team. The good news here is that these differences are usually able to be resolved if approached in an intentional and cooperative manner. Differences should be resolved as teammates and not adversaries.

It was becoming more and more clear that Alan and Doreen had an affection-sex vicious cycle. The less he would be affectionate to her, the less sexual she would be to him. This in turn only caused him to be nastier and less affectionate which drove her away sexually even the more.

How to break the affection-sex vicious cycle.

First of all, you will need to recognize that either individual can stop a vicious cycle by themselves due to the fact that a vicious cycle can only exist if there are two people in it. Therefore, either spouse can break the cycle. If Alan became affectionate it would be problem solved. And if Doreen became more sexual; in spite of Alan’s lack of attention, the problem would be solved.

As most people are unaware of their participation in the cycle, consciousness-raising is often the first step. Many couples do not even know they are in a cycle.  Also, both individuals need to understand that it is not solely their partner’s fault; but that they are both responsible. In this particular case, it is obvious that Alan would be more affectionate if he were to get more sex, for example. This is what happened in this case. However, when I approached him with this he was somewhat incredulous. His relationship with Doreen was his first serious relationship and he knew very little about gender differences. He believed that Doreen should feel like him regarding sex. However, he was a willing student. We talked about “The Three A’s” which women desire: affection, appreciation and attention, all of which are good for both men and women; but for women in particular. Finally, as I mentioned previously, remediation must be intentional and approached as a team effort.

5 thoughts on “The Sex and Affection Vicious Cycle”