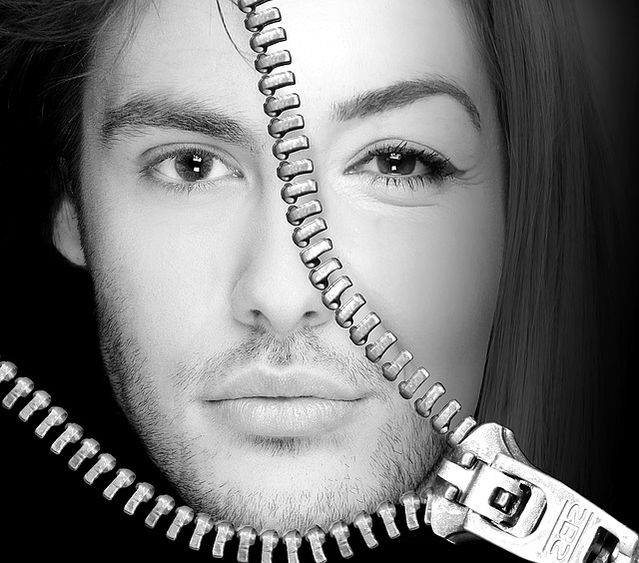 With all that is written about identifying narcissism in others, you might think that everything’s been said that could be said about the subject. However, in reality, previous guides to evaluating narcissism have involved making the logical leap from personality tests that people answer themselves to the type of assessment that others would make of them. As you can imagine, self-report tests of personality have this potentially fatal flaw, especially for people high in narcissism, of being subject to distortion. Who wants to admit to being grandiose, self-centered, and exploitative? The best personality inventories have built-in controls that detect such distortions. Yet, they still rely on people reporting on their own qualities and therefore don’t completely eliminate the lie factor.

The main limitation of extrapolating from self-statements to guides that others can use to detect narcissism, then, is that you’re using assessment methods that weren’t designed for that purpose. In their new publication, University of Kentucky personality disorder researchers Josh Oltmanns and colleagues (2018) note that “Fundamental to narcissism is an exaggerated self-image that may sorely complicate its assessment.” As a result, of all the scales measuring personality disorders, “Agreement between self and informants is typically the lowest for narcissistic personality disorder,” and the less extreme form, narcissistic traits (p. 31). On the flip side, agreement between informants about other people’s narcissistic traits is the highest of all personality disorder-related qualities. Although it is possible to measure narcissism from self-reports, the Oltmanns et al. team believe that using such methods alone to assess narcissism “may be problematic or incomplete” (p. 32).

Across two studies, the University of Kentucky researchers developed and then refined their new measure, the Informant Five-Factor Narcissism Inventory (IFFNI). They were particularly interested in being able to identify and distinguish grandiose from vulnerable narcissistic traits. The grandiose traits include the self-aggrandizement that you may associate with narcissism. These traits are the easiest to detect but in self-report research, are the most difficult to quantify because they are the most difficult for people to admit to having. The vulnerable traits are less easily detectable, because they reflect inner feelings of weakness and inadequacy. The two sets of qualities are clearly related, especially if you believe that all narcissists are attempting to cover up their inner feelings of weakness. Yet, they should show a distinction both in the way people report about themselves and in the way others view them.

Oltmanns and colleagues first developed the IFFNI on an undergraduate sample in self-reports by participants were compared with those of informants (friends, family, romantic partners).  In this initial study, consistent with the grandiose-vulnerable distinction, informant-self discrepancies were higher for vulnerable than for grandiose than vulnerable. In other words, those high in grandiose narcissism weren’t that reluctant to admit to having these self-promoting and ego-enhancing tendencies but their weak inner core remained elusive to informants.

The second investigation involved an online sample of adults who the researchers placed in either the grandiose or narcissist condition for completing the IFFNI. In other words, participants were instructed to respond for a person who they felt met the criteria for being one or the other forms of narcissist. This was a procedure the researchers devised for a previous study in which they established its validity.  If participants couldn’t identify someone they knew who fit the description, they didn’t complete the study. The remaining participants were equally divided into the two conditions, for a total of 211 in the sample averaging 38 years old and including a range of racial/ethnic groups. Interestingly, 2/3 of the male targets fit the grandiose condition, and 2/3 fit the vulnerable.

Looking across the two studies, the authors concluded that the IFFNI provided scores on narcissism by informants that met the methodological tests for a good assessment instrument. Additionally, in the first study, the authors were able to gain insight into the perceived adaptation of people high in narcissism as rated by others vs. themselves.  A well-known fact about people high in narcissism is that they’re highly likable and attractive unless you know them well, at which point they start to wear out their welcome. Oltmanns et al. therefore included a measure of social dysfunction that included items such as “I am difficult to get along with,” which participants in the first study used to rate themselves and their targets. Even though the targets in that study were people that participants generally liked, the participants believed the targets to be less socially adept than the target did themselves.

Along these lines, one final result based on ratings by informants in the second study bears mentioning, and this concerns scores on an additional measure, that of pathological narcissism. The scale measuring this quality looks for such maladaptive features as “entitlement rage,” or being incensed at feeling slighted. Theoretically, vulnerable narcissists should be the ones to receive high scores on this measure. However, with informants providing the ratings instead of the targets themselves, the findings suggest that “there may be a good deal of vulnerability” in grandiose narcissism (p. 40).

These findings make clear that informants can go as good a job, if not better, at characterizing the narcissists in their own social worlds. With this in mind, let’s look at the 15 informant indicators from the IFFNI that you could use to evaluate the narcissists in yours (the G and V indicate grandiose and vulnerable respectively):

Now that you can see the breakdown of the two subsets of narcissism, you can see how easy it might be to miss the people whose narcissism is slightly hidden and perhaps more painful than the narcissism of the grandiose. Even though the grandiose suffer from some illusions about their social success, or perhaps because they do, their difficulties will create fewer personal struggles.  You might still like these individuals, but not without some cost to you, especially if you don’t go along with their entitled demands and fantasies of greatness.

The Oltmanns et. al’s  research findings can provide you with helpful insights as you attempt to navigate the difficult waters of relating to people high in narcissism. If nothing else, these are concrete warning signs you can use to decide whether or not they’re worth the emotional costs of relationships with them.