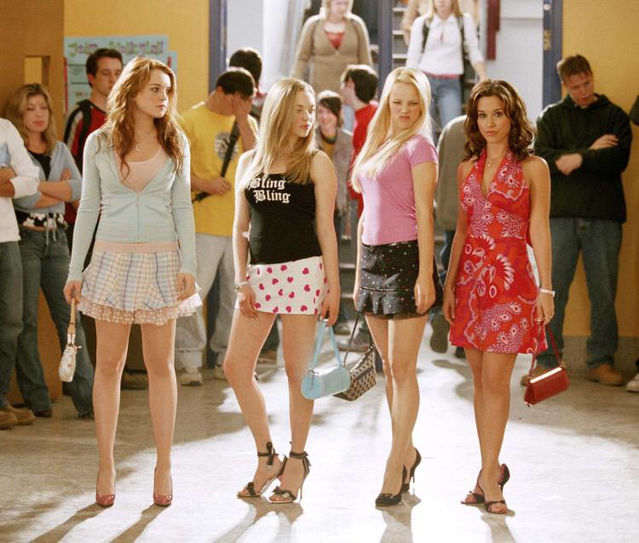 Real talk time: I’ve never been the popular girl. I wasn’t homecoming queen or student body president. I didn’t date the hunky quarterback or even lead a local subculture.

And while I’m no longer in high school (thank the lord), I still don’t consider myself a “popular person” in the traditional sense. For the record: This is neither false modesty nor a cry for “but WE love you!” from those who do, in fact, adore me (muah!). Rather, it’s a recognition that we need not appeal to the masses to be happy, successful, and of service.

This is my attempt to explain why unpopularity isn’t a bad thing and why you should lean into it (in the *right* way, without alienating the people you love).

As those of you who know me personally are well aware, I have a lot of conventionally unpopular opinions — and I’m generally not afraid to share them. Here are just a few of my many controversial, polarizing, and perhaps downright offensive opinions:

These are fairly innocuous and totally apolitical samplings, and yet, chances are at least one of those made you go, “WHOA, hey now, that’s not right….” and maybe one also made you spontaneously stand up and shout, “Amen!” at your screen. The good news is I’m totally fine with you agreeing or disagreeing with all of those statements.

) Agreeing to disagree on most things in life is fine — assuming it doesn’t restrict the liberty or human rights of others. It’s when we start to think that we need to agree on everything all the time to merely function together that we get into trouble.

Dating is a useful example. There was a time when all the cool kids were dating on OkCupid (the pre-swiping era). One of the things OkCupid did was cleverly lure you into answering hundreds of (mostly inane) questions. Not just actually relevant questions like, “Is healthy living a priority for you?” or “Do you want kids?” but ridiculous stuff, like whether you love horror movies or if you’d order a sandwich or a salad at lunch. They’d have you weigh the importance of your answers and then score your match “compatibility” with other users based on your responses.

Don’t get me wrong, some of these questions provided incredibly useful mate-selection information. (My favorite response ever was by a guy who, when asked how many times a day he brushed his teeth, attempted to explain his non-toothbrushing ways by writing in, “There is no toothbrush for the animal kingdom.” Mmmmm, noted!). But while the responses provided endless hours of entertainment for users (and endless sources of sellable “data” for OkCupid), I believe they did a disservice to would-be connections. See, the old adage that we don’t know what we want until we find it really does hold up. Successful dating — and by extension, love and romance — is more of a feeling than a formula. We start with some basic fundamentals of compatibility, lifestyle, and connection, and then all the minutiae and irrelevant preferences fall where they may. If I go around eliminating every guy that eats sandwiches instead of salads and loves horror movies (I hate them), I may end up with no-toothbrush guy by default!

So what’s this have to do with popularity?

As with dating, we don’t always know what we want and need in life before we find it. Perhaps we’ve only ever been exposed to one way of thinking or operating — the “popular” way, in our particular context — or we repeatedly surround ourselves with individuals who reinforce what we already think. That neither pushes us to grow nor challenges us. As a result (and this may be another unpopular opinion) I don’t think matching ourselves exclusively with all things popular ultimately makes us happy.

You may be thinking, but I am popular! Or perhaps you are suddenly self-conscious about liking too much “popular” stuff. Don’t worry: I get it. And you’re fine.

A lot of really popular stuff is also culturally and intellectually “safe.” And safe stuff is, well, safe. Which can be nice. Hell, safe can be great! I love a perfectly fitted and worn white t-shirt and jeans. Does it get more mainstream popularthan that?? I also admire public figures like Oprah and appreciate the mass-appeal of people like The Rock. (In case you didn’t know, the majority of men in your life have a massive man-crush on The Rock. It’s a fact. Just accept it.) Popular isn’t inherently bad. You don’t have to categorically reject it; just selectively embrace it, or at least occasionally challenge it.

And if what you’re selling isn’t mainstream popular or your point of view sometimes ruffles some feathers, don’t despair. You don’t need to bend toward conformity, and you may even be able to cash in — financially and socially — on stepping outside the conventional bounds. (Unless it’s an actual product that no one wants, like edible toilet paper or a wool bra. Abandon those immediately.)

I’m not suggesting that you start giving no f*cks and go full old-man-cranky-muppet-in-balcony. Many current anti-gurus (lucratively) peddle the “give no f*cks” mindset, and I definitely understand the allure — and I don’t disagree with a lot of what they’re selling. It’s hard trying to make everyone like you all the time. It’s exhausting, actually. And I know there’s a percentage of you saying, “I don’t need to be popular! I’m just me and I love who I am!” Ok. Maybe. But probably, deep down beneath that puffed up shell is someone who really REALLY wants to be invited to the house party on Friday — even if you don’t decide to go; you just want the option.

So while that “screw it” rhetoric may be seductive, my hunch is it’s not actually how you’re living your life. Because we DO care — a lot, about many things. It’s not the caring that usually exacerbates us. It’s the constant campaign for Miss Congeniality that leaves us longing to run away from it all.

What does it it look like to actively, successfully lean in to unpopularity?

The first rule of successful unpopularity is you have to actually believe what you’re saying or doing. Disagreeing for the sport of it is annoying and, rightfully, no one likes or respects you if you do that. So stop it.

The second rule is to embrace your unpopular opinions with the knowledge and grace that not everyone shares your point of view. This is a tough one. We reaaallllly want people to agree with us, in part, because it makes us feel heard and understood and valued. And who doesn’t want those things? But following this rule starts with a promise to both give up convincing other people to buy into your less popular opinions and to stop shaming them for their own thoughts and actions. “I won’t put my dog in your bed if you don’t make me help you bedazzle your art car” is a reasonable compromise, for instance.

Once you’ve comfortably got a handle on the first two rules, the rest is about trusting yourself. Have faith that if something isn’t rubbing you right — or, more positively, is really exciting you — chances are there are others out there like you. That opinion or way of living is valuable, and watering it down until it merges with the masses does a disservice to you, to those like you, and to those unlike you, who benefit from a plurality of thought (whether they want to admit it or not).

We want to be wanted. We want to be loved and embraced and adored and revered. In a sense, we all want to be our own version of homecoming queen until we die, even if we kind of hated the homecoming queen. It’s validating. But there is value in dissent. There’s often truth at the fringes and insight in unpopular perspectives. Greatness comes neither from blindly following nor from knee-jerk rejecting. Many of our greatest historical figures held really, really unpopular opinions. They did stuff that made people cringe or even retaliate against them. Going against the grain takes guts. And that courage is admirable, even if we disagree with what they’re saying or doing — but only when executed with integrity from a place of personal honesty.

I like to think of it in terms of Christmas lights. I’m a white lights kind of person — simple and understated, yet festive. But boy am I grateful for the dancing-snowman-in-the-yard, plastic santa-on-the-roof, colorfully-lit Clark Griswold style of decorating. I don’t want it on my house, but thank goodness it exists. I’m very different from that guy, but I really love him because of those differences, not despite them.

Popularity contests don’t end in high school. They follow us through our life, and if we let them, they will sabotage us. And make no mistake: This includes me. I totally want you to like me, even as I write this! But likeability at any expense is not the answer. The drive to be perma-popular stifles raw emotion, suffocates creativity, and cripples intellectual thought. It also leaves us feeling alone, surrounded by the masses but abandoned by ourselves.

When we let go of the need to be popular, we allow ourselves to have our own backs. And if you don’t have your back, who will?

I’d love to hear about your relationship with (un)popularity. Do you glide toward the center or flaunt your freak flag? How has either or both informed the course of your life and relationships? Find me in the comments to continue the conversation.

2 thoughts on “Why It’s Cool to Be Unpopular”