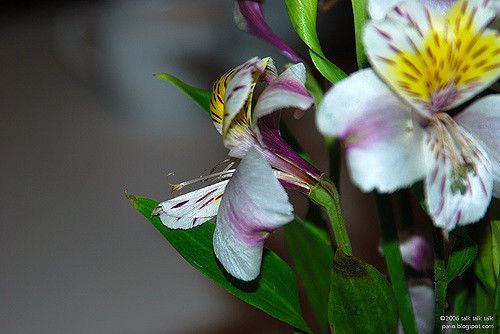 This is part twelve, the final entry of a weekly serialization of chapters from Salvation, a section of my book describing the hope that effective treatment brings. Part one is here. For the first time in over five and a half years and after standard rehab had made little change to my injury, I received a “yes” to my goal of healing my brain. Concussion Is Brain Injury: Treating the Neurons and Me begins at the start of my brain injury journey; the Salvation section begins the journey of restoring my neurons. This week, I finish a book, I separate a friendship, I advance in my photography. The reality of recovery: two positives sandwich a negative.

I cleared my desk in late spring 2006 as my OT had taught me, except for my computer and the chapter notes I had painstakingly compiled from all my interview transcriptions, medical records notes, research articles, and various sundry notes. For year after year while I couldn’t write Lifeliner, women my mother knew had helped me organize my research. Glenda had helped me put the interviews into Goldmine, a database management program.

As I perched at my grey melamine desk, I prayed. I worried I wouldn’t be able to write long enough, that fatigue would grab me, slide my hands off the keyboard in weak surrender to it. I knew I didn’t have the stamina to write the old way, of two handwritten drafts, the second one mostly crossing out the first one, then typing it in. Then massively deleting and adding sections. And typing and retyping four more times at least, each time editing less and less.

I prayed, Lord Jesus, please give me first-draft writing.

Inhaling deeply, not knowing what I was going to write, the length of the interview summary document beside me challenging me yet buttressing my memory, the new doable outline strengthening me, and Glen sending me on my way with a workable writing schedule—write one day, go over it the next—I placed my fingers on the keyboard.

My fingers flew. They had been waiting so long for this moment of return. I couldn’t stop to pace, else I’d forget my thoughts and my place in the story.

Forty-five minutes later, I sunk into myself, chapter written. I was lucky to reach eight hundred words in one forty-five-minute sitting. But that was all my brain could perceive as one coherent story. That was all I could write and read to edit before wandering off onto random paths of thought. I smiled at the screen flickering invisibly.

I stood up stiffly; I walked the few steps to the room where my ancient black TV hulked and flopped onto the couch. I put on a fourteen-minute AVE alpha session to thwart the migraine coming on. My body relaxed into the rough fabric of my couch.

I had written a chapter of my book Lifeliner!

Glenda called on her cell on her way home from a trip on Friday, October 13, as leaves flew off the trees outside my window. “What’s up?” she asked.

She managed a bit of enthusiasm as I talked on and on about it. Then I paused. She told me about this buttery skewered meat dinner she’d had with her co-workers. I got bored.

Glenda assured me. “I love you. We’re still friends.”

A specialist frowned over my blood pressure and instructed me to see my cardiologist.

“I don’t want you to have a stroke after all the work you’ve done to heal your brain.” I nodded.

Another exam for my lawsuit. Another peg test. Using my shaky right hand, I pushed pegs into a column of holes with great effort. Time was up. Repeat with left. My left hand slid the pegs in smoother, quicker. Annoyingly, the tester talked to me while I was trying to put the pegs in. I had to stop every time to understand her. The same when one of the men overseeing my assessment came in to talk about some paper or other.

I griped to Mum afterwards, “No wonder I was one percentile for left hand and less for right. My processing speed sucked, and I kept having to stop.” She pointed out they were testing my veracity, with the pegs, as most people who lie about not being able to multitask wouldn’t realize that when the assessor spoke that if they couldn’t multitask, they would have to stop. They’d be too focused on getting the pegs in their holes to think, I’d better stop to show I can’t multitask. I never saw that! And I think I’m so clever.

1:06 a.m. My heart pounded me awake. Again. I was panting. Hot sweat prickled through my hair. I flashbacked to my grandmother sitting up in the hospital in 1981, declaring she couldn’t breathe. Then dying. I turned on the radio to hear human voices, to tell me I was alive. I raised the head of my bed, pushed down the covers, slowly lay down on my left side, deep breathed.

“Rest and relax,” thundered the Lord through Lily when she asked him the next morning on October 25, 2006 if there was anything He wanted to say to me.

Don’t tell me to relax! Tell me how to publish Lifeliner.

I’ll take Christmas week off, I decided, fatigue a Jupiter-sized soggy blanket that pounced out of the seeming blue to throw me onto the couch to watch daytime, nighttime, and morning TV. I crawled into bed, after cooling my skin down with cold water and melaleuca cream and elevating the head of my bed to futilely stave off edema bloating my features and the itchy, painful burning patches that encircled my neck every morning. When will I ever not be panting again? I thought about time, about my book, about people’s inexplicable reaction to me and them disappearing, about the lawsuit, about time, about the treatments I was receiving and if they would be enough. Before my injury, I had always been able to tell myself stories to get myself to sleep. Now…a giant hamster wheel squeaked and squeaked perseverating thoughts. Busy brain.

I had to accelerate this treatment so that I could return to my self-publishing plans, to the website I’d coded back in 1999, to have the energy to market, to have my cherished self-discipline back to make it happen. Otherwise with no human resource help, how could I do it? All this writing, and for what?

Six days after my birthday, Glenda emailed to wish me a belated and to say she’d call me when back in Toronto. My massage therapist was appalled. I was confused and sad. I ignored Glenda’s calls.

Let her be as frustrated reaching me as I usually am with her, I thought pettily, the pettiness exposing I needed a break. I feared hearing my lips speak truth if I spoke to her.

I poured out the deadly silence of my home, the loneliness, the hurt, the not knowing what to do to my spiritual mentor. How could Glenda say she loved me yet not want to talk to me? My life was one unending litany of medical appointments and difficulties with no sense of connection to the people who loved me when they called less than weekly, but I had achievements to share! My mentor noted that interactions with her diminished me, and it was discouraging to see. She suggested that in the spirit of St. Paul who counselled married couples to separate for a time to strengthen their bond, we separate for three to six months. Six months seemed a long time, yet…I’d had enough.

I struggled to express why six, to speak the words I’d planned and not get derailed by her interruptions, to stick to my decision.

I acceded, “Three months. And you call me.” If she called, then she did want to keep the relationship. We hung up. All I felt was happy to get back to my friends on Flickr. It was Friday, December 1, 2006. I began the countdown to February.

Wrapping paper ripped, kids scrambled, shrieks, and a cheque in a card for me. My Christmas gift. Camera body. But which one? I went with my parents to see, to see through, the viewfinders of each DSLR that the Henry’s store employee suggested to me to replace my sturdy Coolpix I’d bought cheap. My faithful Maxxum. Time to say goodbye. My brain, my brain. It knows f-stops and shutter speeds again. Camera lingo. But which, but which Nikon lens? My hands shook, and my brain fluttered stress as Mum declared, “Our gift gave you distress.” Their cheque the body bought. My cash the chosen lens. Mum slipped me some bucks. Boxes ripped open. Nikon D80 scrambled together. I shoot. I shriek. I share.

“Points, that’s lovely…Yay!!!!” (Points was the anonymous name my Flickr friends knew me by. My lawyer’s instructions adhered to.)

“Welcome to the Nikon club Points!”

“I knew you would be thrilled with the D80.”

My first D80 photo. I showed my pleased parents, too.

– This ended the Salvation section of my book and ends the excerpts. Fear came next, an uprising by my brain I couldn’t have foreseen yet I’d been hurtling towards. I hope you enjoyed these excerpts and may consider reading the rest of my healing story and what I learnt about how to treat brain injury in Concussion Is Brain Injury: Treating the Neurons and Me (see under About the Author). I’ve listed all the excerpts below in order in case you missed any.

Copyright ©2017-2018 Shireen Anne Jeejeebhoy. May not be reprinted or reposted without permission.

Thank you for reading!