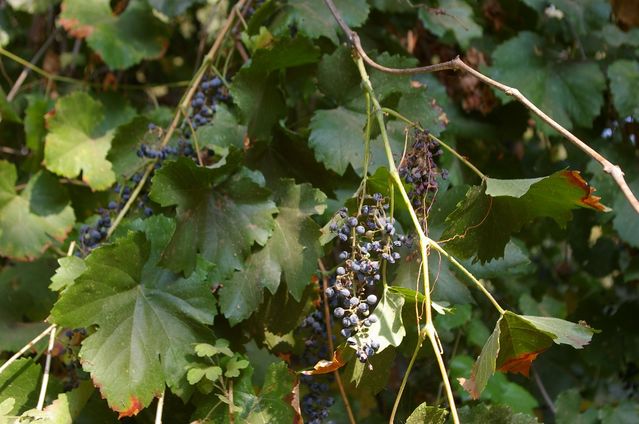 Lessons Under the Grape Arbor

A chilly breeze reminded us in the Northeast that fall was approaching. But the only time we shivered these past few days was looking at the condescending scowl of a man who was looking to be confirmed to the Supreme Court.  As it happens Brett Kavanaugh was at Yale’s Ezra Stiles College, where I became an associate fellow over 25 years ago and was studying  Ethics at the Yale Law.  When I watched his interactions with Senator Sheldon Whitehouse of Rhode Island during confirmation hearings, I was too disgusted to talk with friends who knew him.  The way he feigned to know so little about the Federalist Society simply appeared to be play acting.

The Federalist Society, its Yale connection, and Stephen Calabresi can easily be found in Wikipedia. Then it is a matter of connecting the dots. “Why not make a few calls and find out more about him?” — friends asked.

Because, his inability to speak kindly, his inability to keep disparaging words to himself, and his entire “jock” demeanor simply sent shivers up and down my spine.  Also, I am on a book deadline and I wanted to focus on something positive — Dr. Christine Blasey Ford is a role model for women, men, our daughters, our sons.

Kavanaugh’s sneering face is one that I would like to forget, which brings me to the story of my Grandmother and her rose-colored words spoken under the grape arbor.

The grape arbor at Gram and Grandpa’s house was a welcome retreat at the end of the day. The rich royal-purple Concord grapes were plump and succulent. Grandpa’s grapes became his wine, which he enjoyed every afternoon at 4 o’clock. We loved sitting under the grape arbor watching them taste wine from the first jug of the season. They would give us Italian wine-dunking biscotti to dip into their homemade grape juice.

Each day Grandma would find an opportunity to tell us about the need to always speak with kindness. From her mother, Grandma learned the art of euphemisms and kind words. “Bless instead of curse, because curses come home,” was a favorite saying of hers.  Grandma may not have seen the world through rose-colored glasses, but she spoke as if she did, even though her body language sometimes betrayed her.

Our philandering great uncle was never called a “Casanova.” Instead, Grandma talked about his “tendency” while shrugging her shoulders, lifting her hands upward and raising her eyes to the heavens.

My late 97-year-old Aunt Rose recently explained: “Uncle was tall and handsome with thick, black, wavy hair. The twinkle in his blue eyes was his downfall. The girls were all in love with him. And he had the tendency to please.”

Another uncle had what Grandma dubbed “the condition” — Grandma never used the word alcoholism. She said he developed “a condition” after his wife died. “It broke his heart,” Grandma would say, “and blackberry brandy was his healer.”

Another euphemism we often heard was quietly spoken when a wedding was called off.  We never heard, “He stood her up” or “he left her at the altar.” The words used were “È scomparso,” meaning, “He disappeared.”

As I think about the embarrassment of Brett Kavanaugh as potentially sitting on the highest court in the land, I keep wondering what Grandma would say. Perhaps she would take a cue from the Jesuits at America magazine and the lawyers at the American Bar Association who suggested he withdraw his nomination.

Or she might say to us, “Don’t speak badly and maybe he will just disappear.”  Then woman who never learned to read English was powerful political force in her community. After thinking about him for a few days would say,  ”Can’t you vote him out?”