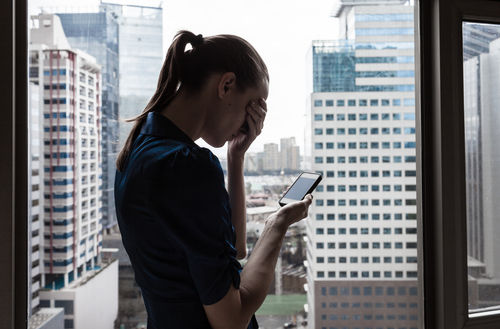 Relational communication can be difficult to navigate for many reasons. One potential reason is concern regarding disclosure of what could be perceived as negative information. This negative information, termed bad news, was the subject of a recent study by Dibble and Sharkey (2017).

The authors of this study had numerous findings, but we will focus on the topics of bad news and why people indicated that they shared bad news. To explore their research questions, the authors used a sample of 330 participants who were about 21 years old. When asked to describe subjects of bad news, individuals described the several topics. The topics included physical well-being, relationship severed, disapproval/disappointment, and external circumstances/problematic situations (p. 454). Examples, then, included messages regarding health, termination, transgressions, and troubling media stories.

Though sending and receiving bad news may be a less than desirable experience for many, communicating such news will be a part of our collective lived experiences. Consequently, the findings from Dibble and Sharkey help describe the experiences that many of us will face.