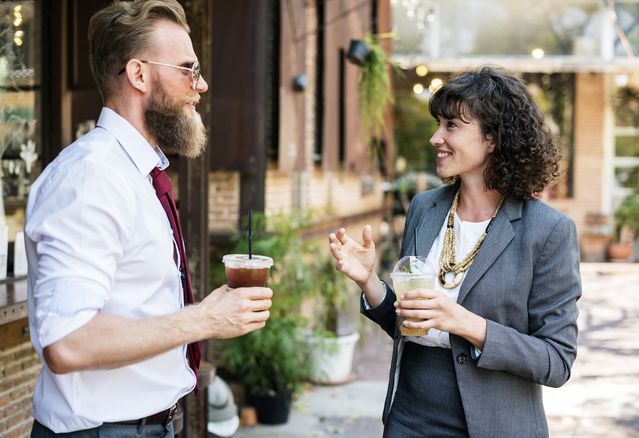 When it comes to encouraging people to open up, some individuals are tough nuts to crack. This is particularly true when questions involve sensitive subjects or emotional settings. Therefore, when eliciting information is important, an approach that is both sympathetic and strategic is the best way to gently draw someone out. In this regard, research provides some guidance.

Allison Abbe and Susan E. Brandon conducted a study with a goal reflected by its title, “Building and maintaining rapport in investigative interviews” (2014).[i] They adopted a definition of rapport as “smooth, positive interpersonal interaction.” Although their study was geared to improving interviewing in law enforcement and intelligence work, they reviewed and discussed rapport building in many different settings.

Abbe and Brandon report that establishing rapport can build trust, prompt sources and witnesses to provide more information, and promote cooperation and quicker agreement in a negotiation context. They identify seven tactics of building and maintaining rapport that are supported by empirical observation and research:

2. Active listening includes brief affirmations. Statements such as “yes, uh-huh” as well as summarizing or repeating back information provided.

3. Mimicry includes verbal and nonverbal mirroring behavior. Research indicates that a four second delay helps avoid detection of using the tactic, which would detract from its effectiveness. Mimicry is subject to important cultural considerations—it would be more expected within certain ethnic groups.

4. Contrast. Contrast is the opposite of mimicry, and involves exhibiting complementary behavior. For example, one partner exhibiting dominance may feel more at ease with a partner adopting a more submissive posture, and vice versa.

5. Self-disclosure. This can be done through revealing biographical details and (appropriate) personal preferences can personalize interaction. Inappropriate disclosures can reduce an interviewee’s respect for the interviewer.

6. Common ground. This involves emphasizing overlapping identity characteristics or interests—often revealed through self-disclosure. Even incidental similarity builds rapport, such as sharing a birthday or academic major.

7. Contact and persistence. This reflects the reality that exposure increases positive evaluation—assuming initial reaction was either neutral or positive.

They also highlight the importance of interviewer personality. They acknowledge the importance of empathy in building rapport, noting it is tied to mimicry, because empathetic people tend to engage in nonverbal mimicry. The authors also note that an interviewer who mimics a source may actually end up feeling more empathy through mimicry—due to the two-way nature of this dynamic.

There may, however, be a component of rapport building that is more important than empathy: perspective.

Bridging the Gap: The Power of Perspective

Building bridges involves seeing the view from the other side of the divide. Abbe and Brandon discuss the importance of perspective taking, which they describe as related to empathy, but with the added dimension of actually being able to assume the cognitive states of others. They note that although empathy builds rapport, perspective taking may be an even more helpful tool.

They cite prior research that found that in a negotiation context, perspective taking enhances the ability of negotiators to reach agreements that benefit both parties. They note that this research suggests, “where hearts and minds are concerned, it may be better to focus on the mind than the heart.”

Too Much of a Good Thing

Although rapport facilitates relationship building and informational exchange, it can backfire. Abbe and Brandon recognize the danger of over-rapport—which they describe as occurring when an interviewer over-identifies with an interviewee. This causes the interviewer to prioritize his or her relationship with the source over the information sought to be elicited. They note that over-rapport compromises objectivity, and can lead to a situation where repeated interviews with an engaging and cooperative subject yield little new information.

Karen Bell et al. (2016), exploring the importance of rapport building when conducting standardized interviews,[ii]similarly acknowledge that rapport can be a double-edged sword. On one hand, they note that rapport can prompt respondents to be more open and honest. Conversely, however, it might motivate respondents to attempt to ingratiate themselves with interviewers by answering questions in a fashion that presents themselves in the best light.

Beyond being able to establish rapport to stimulate conversation with others, perspective taking broadens our own field of understanding. Sometimes the best way to expand the way we view a situation is through intentionally challenging ourselves to see it differently. Because different angles provide different views, changing your viewpoint might even change your mind.