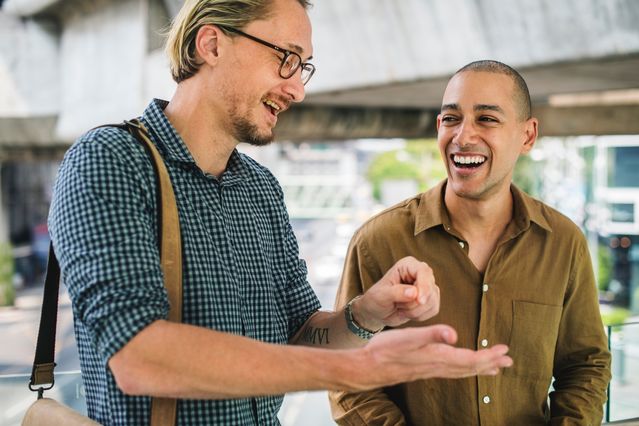 I think I have whiplash. Last Thursday, we heard as Christine Blasey Ford and Brett Kavanaugh testified about his alleged sexual assault of her. Immediately social media was flooded with the notion that it’s hard to be a man, especially a white man, in today’s society. Within several days, President Trump spoke of how this is a very difficult time for men. It is, but I’ll get to that in a minute. And yet it is still predicted that Kavanaugh will be confirmed to sit on the highest court in the land. So, yes, it is difficult but the power and magnitude of male voice and authority is still preserved, no matter what, at any cost.

It sucks to be grouped in with others doing, or suspected of doing, terrible things. It sucks to then by extension be suspect, to not be trusted, to potentially be called out. It sucks to be feared. And it sucks to suffer from all those feelings.

Back in 1990 or so, (but of course I would need to check my calendar to be sure), I read a book in which the author aptly distinguishes between misery and oppression. “Human beings can be miserable without being oppressed, and it is perfectly consistent to deny that a person or group is oppressed without denying that they have feelings or that they suffer…The experience of oppressed people is that the living of one’s life is confined and shaped by forces and barriers which are not accidental or occasional and hence avoidable, but are systematically related to each other in such a way as to catch one between or among them and restrict or penalize motion in any direction…Being male is something he has going for him…Women are oppressed as women.”  Thirty-five years after the publication of this book, and it seems we are just as stuck.

It is terrifying and heartbreaking and guilt-inducing and shaming and paralyzing and humiliating to be part of a group that has historically done so much damage to the rights and humanity of another group. It’s awful to be associated with all that. It sucks. Big time. As a straight white person, I have felt all of that helplessness and despair and misery about racism and homophobia. There was even a time many years back when I told one of my best friends, a gay man, that I didn’t want to marry if he and other gays and lesbians couldn’t.  Nevertheless, he urged me to marry and to keep fighting. I have done both. More than once.

When I was in high school, some black friends approached me to join a black student group as one of only a couple white members who might be able to help support them with advocacy; they created SWAE: Students Working for Academic Excellence because they were concerned about the extreme racial disparity in terms of statistics surrounding academic achievement. I remember being honored to be invited. I also remember feeling like shit. Like how could this structural inequality be so obviously perpetuated in what was nationally known to be a very progressive community in terms of race relations—and furthermore how could I have been so largely oblivious to the systemic and structural underpinnings?

And if I, and many of my white friends succeeded, then why couldn’t everyone? Wasn’t school a place where if we all worked hard we would do well? But the system was not set up for them. It was set up for people who looked like me.  They were rightfully outraged and so was I.  At the time, I thought “Why were they underachieving and often failing?” At the same time, my black friends who were forming the group were asking the far more sociological questions—“Why and how was the system failing them structurally and systematically and what could they do to stop it?”  At that point, I understood how racial oppression negatively affected other people’s lives, and I even grasped that my own life, as a white person, would be better off in a world without racism (made all the more clear to me since my first boyfriend was black), yet I still did not understand that at the same time that racial oppression was at work inscribing our life chances, so too, was white privilege. I did not fully grasp the idea that “isms” such as racism, classism, sexism, and heterosexism are really the property of the perpetrators although they become deeply felt by those on whom they are imposed.

When I went to elementary school, I remember that there were only a few Black students in my classes because I attended the elementary school closest to my house and situated in a part of the community that was predominantly white.  This meant I got to go home for a hot lunch and come and go easily and efficiently. The Black kids who did attend the elementary school with me were, for the most part, all bussed in.  Reflecting back on this phenomenon, the Black kids were seen as the problem to fix—the ones that had to be shuffled around, essentially traded.  A horrifying realization today. We white kids who belonged to the group that really is the problem of white racism never had to lift our fingers.  The idea for busing was part of a larger plan to promote racial integration in schools, but who really had to bear the burden for the entire school district of altering the physical, geographical, and social dynamics of racism?  The Black kids had to do all of the work.

This all translates back to the current events with Kavanaugh and Ford. Who did the hard work of reliving the grief of trauma? Who bore the burden of this for the larger good of an entire nation?

From the formative experiences I had growing up, I learned about the necessity and role of allies to marginalized groups, and I learned that in place of pity, guilt, or the condescending notion of “helping out,” strong allies instead have a sense of shared outrage, voice, and responsibility.

The current storyline is that Kavanaugh and many other men who feel targeted also feel miserable; meanwhile, Blasey Ford has been oppressed. I imagine she must feel pretty miserable to boot. The system was not set up for her or any survivors to emerge victoriously; it’s set up as patriarchal collusion (Cue music for Lindsey Graham). This is what we have become. America: home of the free rapists, land of the brave survivors. Now we need to become the land of brave and vocal allies compassionate to oppressive struggles and experiences of those not our own.