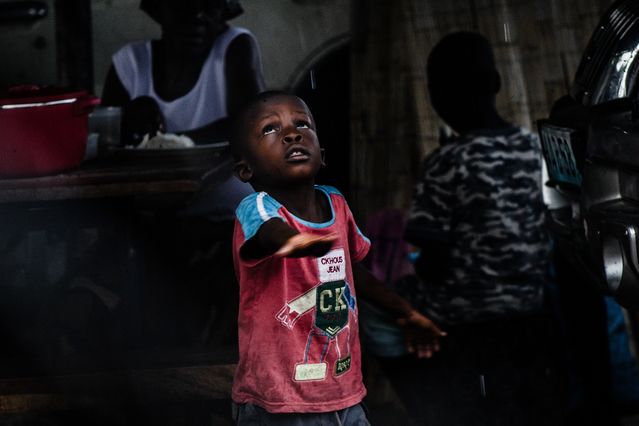 It’s been a year since Hurricanes Harvey and Maria left widespread devastation in Texas and Puerto Rico. In the past two months, Hurricanes Florence and Michael have caused catastrophic damage to the Carolinas, Georgia, and the Florida panhandle. Millions of people are still recovering from these natural disasters, which left untold physical and emotional damage. As natural disasters become a more frequent part of our lives, it’s worth using these occurrences to prepare for what’s to come.

I went to Texas a few weeks after Harvey to see with my own eyes how families impacted by the hurricane were living and coping. Many of the people in Houston most affected by the flooding were staying in Dallas shelters because their city was still unsafe. I arrived with two colleagues from City Year, an organization with which I’m closely affiliated, that brings AmeriCorps members to schools to support teachers and students. My task was to support the City Year staff in their emergency work dealing with what is often referred to as “secondary trauma.” Our role was to help adults and children cope with the feelings of helplessness and hopelessness that can emerge following a traumatic event like a natural disaster. I had done this work numerous times before and was ready to do it again.

I came away from Texas with one important takeaway that may help us better serve those affected by natural disasters. Basic necessities like food, clothing, and shelter are critical when you’ve been displaced from your home. But human connection matters just as much. At the Dallas emergency shelter, the Red Cross and other organizations provided excellent care. Still, when I visited the convention center, I saw hundreds of people lying on cots in the middle of the day, artificial light shining down on them, and feelings of depression, lethargy, and despair were palpable. Next, my colleagues and I went downstairs to the makeshift gathering space in a cavernous parking garage where hundreds of cars were usually parked. The scene was completely different from what we witnessed upstairs: Instead of tense silence, there were peals of laughter as young kids ran around playing tag. The adolescents and adults were sitting at the computers and chatting with each other. This wet, dark garage was transformed into a village square.

It struck me to see the children clustered in groups around the City Year volunteers and other volunteers. It was clear that this human connection was essential to the children and brought a sense of humanity and comfort to the bleak situation. While the AmeriCorps members were not the same each day, the children understood that these young adults in red jackets were people who were available to provide warmth, counsel, and trust. You could feel the sense of connection and attachment on both sides that created a sense of belonging for both the children traumatized by the natural disaster and the volunteers who served under these desperate conditions.

The experience confirmed what we know from research: After a traumatic, life-changing event, people draw strength from one another to feel less traumatized. As we begin the slow process of recovering from damage in Florida, Georgia, and the Carolinas, as well as the continued clean-up in Houston and Puerto Rico, we must work with relief organizations to find ways to enhance human connections for both children and adults. The adults not only need material support but relational and emotional support as well. Children need to feel secure and know that they have supportive adult engagement, right away. Youth-serving organizations should be invited to step in, since they have knowledge and experience, but they also need resources. With hurricanes becoming more destructive and more frequent, we need to build large regional response teams that are prepared to mobilize in times of crisis. This type of preparedness can reduce the long-term cost of post-traumatic stress and increase well-being even under adverse conditions. We cannot afford to just think of the financial cost of hurricanes when the emotional cost is often devastating for our children.