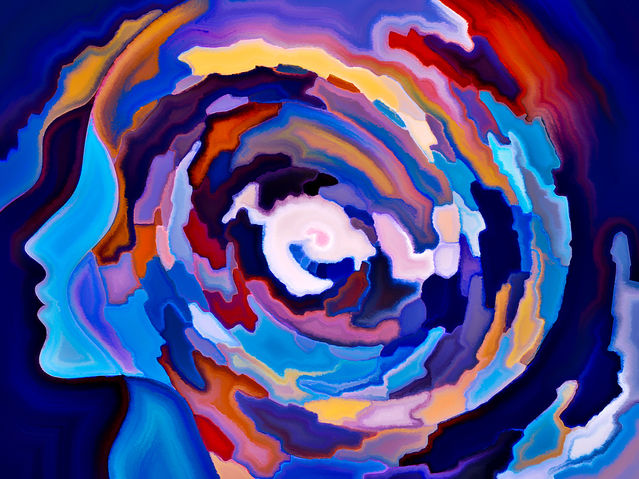 Okay so I am a transgendered person, specifically a trans woman. I realized I haven’t been writing in this blog, because it felt kind of fake to write about anything else during transition. I continue to believe in the value of positive thinking, meditation, and exercise (as much of these good habits as we can muster). I am still just as interested in philosophy and psychology. But I also realize now that gender identity is important, hugely important. Looking back over my writings for the past few years, I can see traces of what I had been struggling to find. The risk of practicing introspection and meditation is that you might discover something—perhaps something major–about your life that you need to change. That’s what has happened to me. Or not to me: rather, I came more fully into myself. I realized the person I really was struggling to be all along.

I wrote in A Mindful Day an entry called, “Spirituality of Gender and Sexuality,” in which I said, “Gender identity and sexual identity are not separate from spiritual practice. It will be difficult to move deeper into spirituality if something about gender expression does not feel authentic.” At the time I was thinking more about a softening of gender boundaries rather than a full-blown transition, but I think I was beginning to take ownership of my own queerness.  I knew that something felt off about living as a man, but I still thought that I could kind of change things around the edges without dealing with the central problem.

I’m not sure if there was really a final straw other than spending a lot of time with myself. I had a sabbatical in the Fall of 2017 in which I spent the bulk of the day alone.  I was doing some research on process philosophy (itself a reminder of fluidity and impermanence) and climate change (the sort of frightening subtext or backdrop to all things twenty-first century, or to the Chthulucene, as Donna Haraway calls our present predicament). But I also took time to exercise and meditate. I reverted to my high school hobby of playing Dungeons and Dragons, albeit mostly in a solitary fashion, painting miniatures and making a tiny castle out of foam core board. Maybe something about the idea of role-playing got me thinking about my own identity–I’m not sure.

It was like I had been in a sort of deep freeze for years, like aspects of my personality had just been placed on hold indefinitely. Now I was coming back to life again, and it was honestly a very difficult, very painful process. It felt like being turned inside out. The tears that I held back for years were now fully available to me. My narrow Stoic range of emotional expression was now much wider, and that was a strange feeling. Not that I didn’t always have emotions, but they were not fully expressed or examined. When I began to transition (both before and after HRT), all of that suppressed emotion came to the surface, and it was no longer possible to hold things together, to keep it all in check. I realized that I was a complete mess in more ways than I realized. The feeling part of myself and the communicative part of myself had been very distanced from each other when I lived as a man, and now they were getting close together again.

That probably sounds kind of stereotyped, gender-wise, but I do feel like masculinity offers a very narrow range of emotional and even creative expression. “Toxic masculinity” is a much bigger problem than most people believe: we need to change masculinity for the sake of cisgendered men, so that they have more emotional freedom. And, of course, we need to change masculinity for the sake of justice, for the victims and survivors of sexual harassment and violence. But we also need to support those who need to leave masculinity behind, those who, like myself, just can’t do it anymore. This is not to take anything away from trans men, who I am sure will be a big part of defining the new masculinity.

I have been inspired by the younger people of the millennial generation who are proudly coming out of the closet. The internet has made it possible to read the stories of these courageous individuals who step into their true identities, often in the midst of huge obstacles. Looking at transition photos and reading the stories of other trans people helped me to come to greater acceptance of myself. At the same time, my story is different from every other trans story. Now that I am 42 years old, I can’t just pretend like the first four decades of my life didn’t exist. My transition will be different from that of a 19-year old, as I have a lot of history behind me.

The fact is that I have lived a good life. I have a wonderful family, a great job, and I have had some great experiences. So far, most people have been supportive.  I was more genderf*cked than I realized, but that doesn’t mean that I will be starting all over from scratch. It is called transition for a reason: it does not happen instantaneously but is a series of social, medical, and legal steps. So I will be posting more updates here from time to time as I navigate the changes in my life along with my family, friends, and coworkers. Thanks to everyone who has been reading these posts, and I look forward to more writing in the future. I am very grateful to you all!