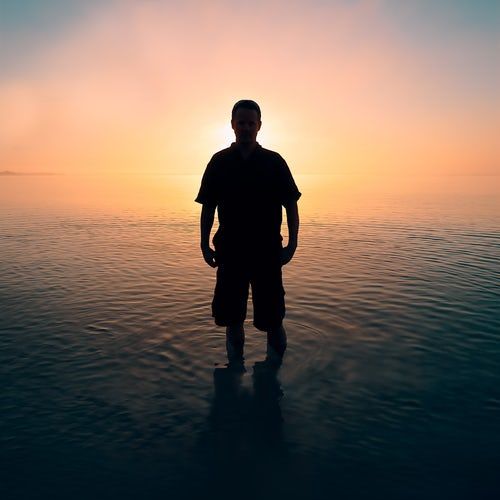 Attachment theory is the best body of research we have to understand the effect of traumatic separation. Beginning in the early 1950’s, John Bowlby asserted that children suffering maternal separation are at increased risk for physical and mental illness, even if they have been in a clean, well-run institution unless it provided a true maternal substitute.

Mary Ainsworth went beyond Bowlby by studying the variation in the responses of young children to parental separation based on their earlier attachment to their mothers. She found that securely attached infants are more resilient than their anxiously or insecurely attached peers. Securely attached children are likely to return to their parents expressing their anger in a confident way—“I hate you” or “How could you have let them take me away?” They are not afraid their parents will abandon them for being angry. The insecurely attached child does not have the same confidence and is likely to respond to the return from forced separation by constantly holding on to his mother; whining and pleading for her not to go away again; and punishing her for having left him. The avoidant child, on the other hand, becomes angry and distant after separation and develops a “Who needs you?” attitude. He is unrelated and turns away from his parents. In other words, if there was a lack of trust before the trauma, it is reinforced by the forced separation.

Attachment styles can be changed by intensive treatment, but are very difficult to change. In my practice, adult patients are either insecurely attached or avoidant. Sally is a 40 year-old woman who has an insecure attachment style. Sally’s parents were divorced when she was three years old and they shared custody. Each of them had insecure attachment styles themselves. Her father used drugs in her presence and was often oblivious to her. Her mother had serial boyfriends and ignored Sally when she was either in the throes of a romantic involvement or depressed because the relationship ended abruptly.

Each of her parents comes through on occasion. When her father shows an interest in her she goes to visit him and then he criticizes or ignores her and she is devastated. She swears she won’t see him again, but that makes her feel guilty for hurting him. Similarly, she feels her mother cannot listen to her pain and tries to cover it over. In response, Sally exaggerates her misery in hopes of engaging her mother.

Sally keeps trying to get her parents to come through for her by pleading, threatening suicide, or screaming at them. But none of these strategies work. They both remain inconsistent and disappointing in their responses to her. This same pattern is played out with men. Sally chooses men who alternate between intense involvement and withdrawal. After four days of constant texting and sexting with a man she met through on-line dating, she flew to California to spend four days with him. When she returned, he did not return her phone calls or texts. She was devastated, but continued to call him. Finally, he told her he didn’t respond because he was studying for an exam! She was furious at him and he offered no apology. He told her he didn’t understand why she was so upset. Did she break up with him? No, a few weeks later she flew to California to repeat the same loop.

Bob has an avoidant attachment style. His mother left him with his father in California when he was two and did not come back for six months. When she returned, she took Bob and went to New York; he did not see his father for two years. At 35, Bob had a high-paying professional job and owned real estate, but was unable to have a conversation on a date. When he came for his appointments, he was silent much of the session. But after three years of treatment he went to visit his grandparents in Mexico and met Maria. She was not fluent in English and he spoke little Spanish, but they hit it off. He reported that she was very responsive to him sexually and it made him feel attractive and confident. When he returned to New York the relationship continued on the phone. He liked the fact that he only saw Maria every few months and that their phone conversations were relatively brief. She was finishing school so she did not pressure him for more conversation or more frequent visits. It was perfect! But then she graduated from college and wanted a commitment from him. Maria came to New York to talk about their future. After their weekend together, Bob came in with a dream:

“My sister was staying at my house with her kids. When I got back to the house, it had been vandalized. There were crayon drawings on the walls all over the house. ‘What have you done?!’ I asked. ‘Nothing,’ my sister said. I kicked them out of the house.”

When I asked Bob about the feeling in the dream, he said he felt he was being violated by someone he trusted. I asked him what had gone on over the weekend that might be related to the dream. He said he went into another room to speak on the phone and when he came back, Maria was looking at his computer. He was furious at her and they had an argument. He decided to end the relationship. Clearly, Bob was comfortable with having a long-distance relationship with Maria if she stayed in Mexico. But when she wanted to move in with him, he got frightened and broke up with her.

In conclusion, we can see from attachment theory research that early childhood experiences create attachment styles. Later separations and disruptions can reinforce them and intensive psychotherapy may modify them, but the attachment styles become blueprints for relationships throughout the life cycle.