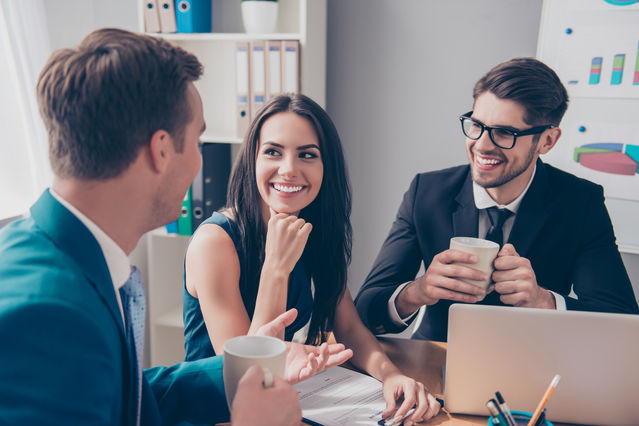 It’s one of the classic management challenges: One day you were an employee and one of the group, and the next day you’re promoted into management and have authority over the group. How do you handle it? How do you balance the need to exert managerial authority with the desire to maintain the friendships and positive relationships you’ve developed? It’s almost always a delicate situation. There’s no magic formula for success, but there are a few general guidelines to keep in mind.

Be sensitive to the situation. But don’t let it paralyze you. Sure, it’s a bit of an unnatural situation, and it requires delicacy in dealing with former peers who may be resentful or have hurt feelings because they didn’t get the job that you did. Use your interpersonal skills to try to thoughtfully maintain positive relationships as you become more comfortable with having managerial control.

Establish credibility. As the saying goes, “Nothing succeeds like success.” The best way to be seen as legitimate in the role is to take successful actions that show that management made the right decision in giving you the job. Establishing credibility is foundational. It’s the building block for all that follows. It’s “table stakes,” as we were fond of saying in the corporate world, but it shows you belong at the table.

Be scrupulously fair. Fairness is essential. Given the potential tangle of prior friendships and relationships and the emotional minefield they can pose, being perceived as scrupulously fair to all is mission-critical. It helps build your credibility and show that you belong in the role.

Listen to what your team has to say. Listening is one of those “soft” undervalued management traits. In the aggregate, managers tend to do too much talking and not enough listening. As a new manager, it’s important for you to get an accurate read on the environment and how your team is responding to you. Being a good listener will help you navigate these potentially tricky waters.

Respect, not friendship, is the endgame. You ultimately want to be respected as a highly capable manager by the people who had perhaps initially doubted you. Although it may sound difficult, don’t worry too much about friendships. Friendships that are too close can get in the way of effective management. They can lead to perceptions of favoritism and impede taking necessary corrective actions.

Once you earn the full managerial respect of your former peers, it shows you’re well on the way to succeeding in the new role.

This article first appeared on Forbes.com.