All connections are cut”

From “Situation on Mars” by Swing Kids

Community is like a blanket. It can either be warm and comforting or too hot and smothering, depending on how it’s used.

Unfortunately, sometimes it’s both. One of the most difficult issues to navigate in building our social support system is finding people who not only love us as we are now, but also as we change and evolve. Often, people love and support us initially, but become displeased when we change and grow. 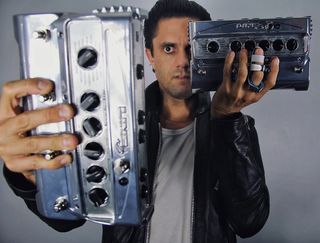 The rarity of developing such a nurturing and evolving community makes the accomplishment of Justin Pearson in building Three One G Records even more impressive and inspiring. Pearson formed Three One G twenty-five years ago, and with over 100 releases, it has supported eclectic and innovative artists across a range of genres, from the grindcore of The Locust, to the extreme metal of Cattle Decapitation to the Hip Hop vibe of Planet B, to the spoken word of Adam Gnade to incendiary hardcore band Deaf Club.

As Pearson tells it, he had one main goal in mind – to build a community around constantly evolving art.

One could argue that the seed for this drive started for Pearson at a Fugazi concert. While he was thrilled to see Fugazi as well as Fishwife and Pitchfork, he was disturbed at how the audience was yelling to hear Minor Threat songs. “I was just like this is a bummer and I remember Ian said, ‘Look man if you want to hear those f*cking Minor Threat songs, leave right now and go home and listen to it on your record player.’ And then I was like holy sh*t this guy was the coolest dude ever,” Pearson told me. “I was like, OK there’s something way cooler happening that I just wasn’t aware of. Yeah Darby Crash is rad and sh*t – but it’s starting to be the ‘90s and it’s time to move on to this other thing. And it was like an evolution, and people resisted that. A lot of people were like we want punk rock. And punk rock was f*cking done. It was like let’s move on to something cooler, more innovative, more musically relevant … and that was Fugazi.”

As Pearson began his own music career in San Diego, his experience at the Fugazi show contributed to his emphasis on building a community who supported innovation. “I think San Diego is totally conservative and not that welcoming for the arts. So that forces everyone here to think differently and think outside the box. How can we do an event? OK, let’s put on a show in a sewer. Let’s do a show on the top of a parking structure or in someone’s living room,” Pearson told me. “We were like, we’re going to find another way to get from point A to Point B and in that route we’re going to detour over here and make it super f*cked up and hit everyone harder at the endgame.”

Pearson wasn’t just facing a disinterested city – he also couldn’t find any bands that were similar in style to his political metal band Struggle. So he made a decision to connect with likeminded artists across genres. “We ended up playing with whomever we were friends with. So we ended up playing with Rocket from the Crypt and Three Mile Pilot and it made sense to everybody,” Pearson explained. “Maybe it was irritating to some people to have a mix of bands. But everyone on the bill was like this is cool we’re all friends. We’re going to do this thing together and have fun. … Having that exposure to different kinds of stuff and people’s backgrounds made us able to make more unique music.”

Soon, Struggle was signed to Ebullition Records where he saw that the most important part of a record label for him was the community it fostered. “So I remember lucking out and putting out a record on Ebullition and being psyched to be part of that world. It had a community feel to it, it was like, ‘F*ck we’re part of this thing. It’s really rad and all of these other bands like Downcast and Sawhorse,” he said. “So that was the first important defining element of a record label to me. It wasn’t just paying for this manufacturing and distributing.

“It was like I wanted to be part of this thing.”

Pearson wondered if he could form his own label, and founded Three One G on the principles of DIY and building an eclectic community. And he specifically wanted to create an environment where artists could grow as they saw fit.

“What attracted to me to bands on Three One G is that they’re already there. Not you’re kind of cool and we can make you into something. You’re rad and let’s reinforce this. It has to be genuine…. You can take any couple of bands on the label and none of it makes sense together but it makes sense in an overall picture. It’s eclectic, it’s all kinds of things. It is electronic music, it’s thrash, it’s grindcore it’s metal, rap. It’s all kinds of sh*t.”

One factor that allowed Pearson to be open-minded was his location.  Ironically, the very same lack of artistic energy that was initially off-putting about San Diego provided a blank canvas where Pearson and the other musicians could create their art. He compared this to how Ian MacKaye was able to create Dischord Records in Washington D.C. “Ian MacKaye said that New York had everything set up a certain way and you had these paths that you had to go on. D.C. was out of the way and a little bit slower and could sit in the shadows. I don’t know if Fugazi would have happened in New York City. It had to happen in a different place,” Pearson explained. “Here’s Los Angeles – it’s the thing, the music industry, and here’s San Diego over here in the shadow. You can grow the mold over here. It can get crazier and weirder and become something. It can mutate into something different. It’s a different element, so you’re able to formulate something unique. I’m not really sure something like The Locust could have happened in Los Angeles at that time. All of those bands that were like thrash or grindcore… I don’t think they were open enough to have totally f*cked up drum beats and synthesizers and three singers and dress up in these body suits, these uniforms. I don’t think those thoughts would have happened in a place like Los Angeles.

“It had to happen in a stranger environment.”

I think that has some sort of importance to it,” Pearson said. “Let’s say you hire a music publicist and you’re pitching your record to Brooklyn Vegan or Noisey or whatever. If you say this album is on Bandcamp or this album is on Dischord or Gravity

Records. That says something. We have this community behind us.

Pearson is quick to point out that the Three One G community has a strong DIY work ethic and it’s all worth it. “I think you have to live it. And by live it I mean eat it, sh*t it, sleep it – everything. It has to be everything all the time. You kind of can’t stop. You can’t be lazy,” Pearson explained. “You have to constantly be hustling. You cannot slow down. You cannot chill out. That’s just how it is.

“If you want to succeed, you have to kill yourself doing it.”

Subtitle:
Three One G Records founder builds community around creativity.
Blog to Post to:
Brick by Brick
Teaser Text:
We’re going to find another way to get from point A to Point B and in that route we’re going to detour over here and make it super f*cked up and hit everyone harder at the endgame.
Teaser Image: 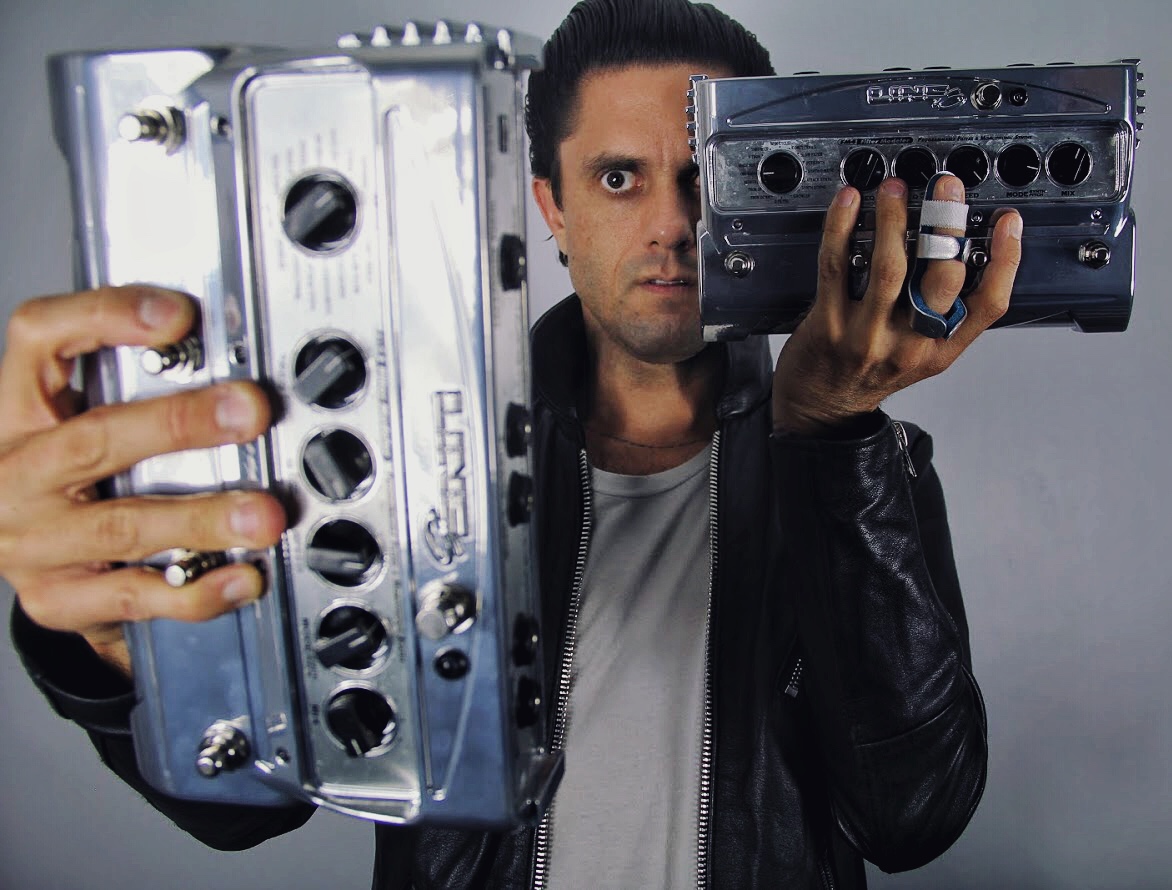 One thought on “Growing The Mold With Justin Pearson”